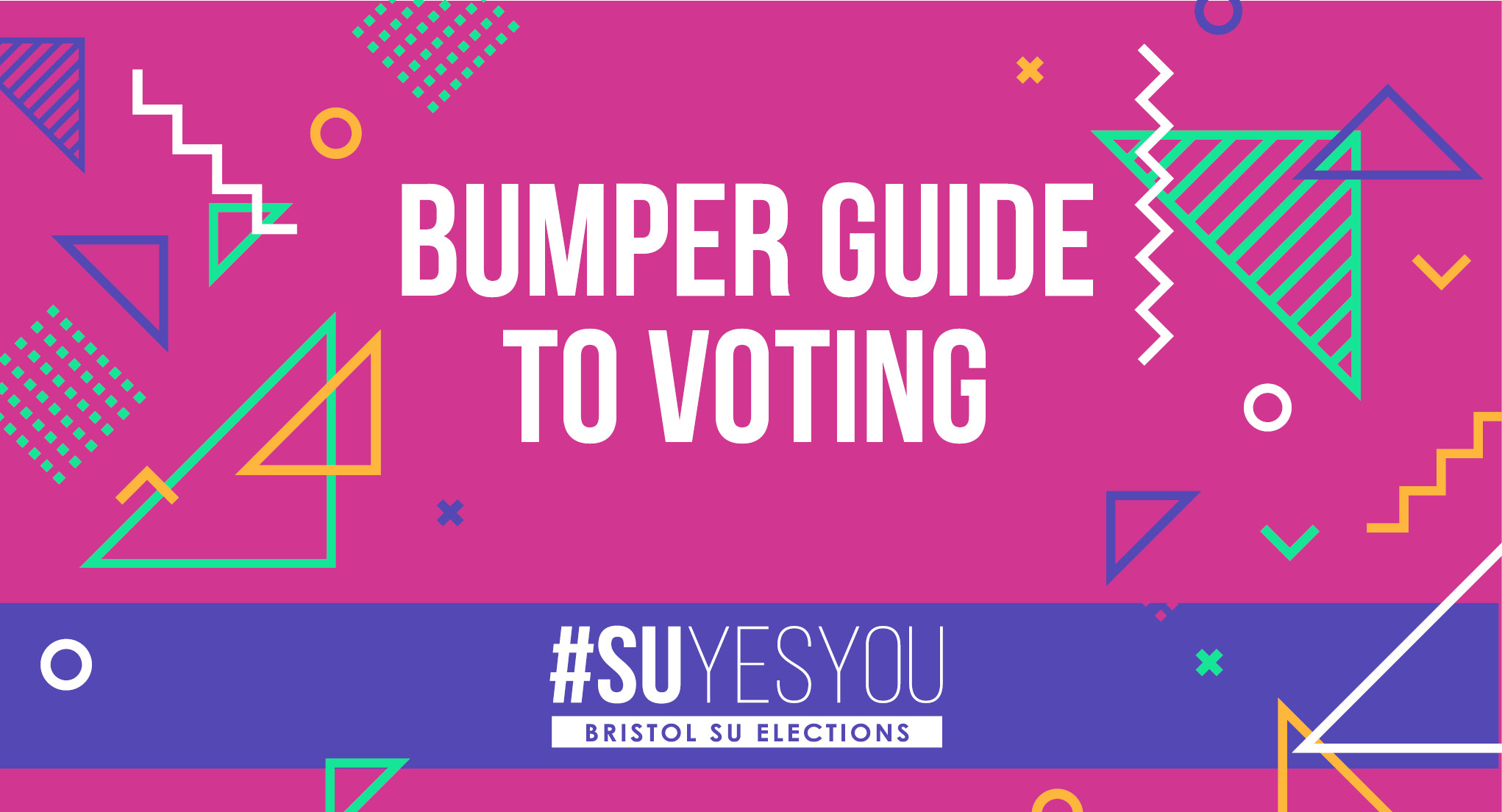 Here's a step-by-step guide on how to vote, and a few of the phrases you might not be familiar with.

This is our voting platform. You'll be able to view all of the positions you are eligible to vote for, time left until voting closes and how many candidates are running. You'll also be able to track how many positions you have voted for.

Choose the right candidate for you

Select a position to vote for. You'll be able to see the responsibilities of the role and the candidates running. You'll also be able to view the manifesto of each candidate. Read these carefully before making your choice. Once you're confident you know who is right for you, you can click the 'Vote Now' button.

You'll be asked to select your candidate in order of preference. Why?

Bristol SU uses Single Transferable Vote (STV), a representation system in which a person’s vote can be transferred to a second or third choice (according to their stated preference) if their first choice is eliminated during the vote count.

If you want to understand more, take a look at this youtube video explaining how another SU used STV. The most important aspect of STV is that a voter ranks candidates in order of their preference so if you like the sound of more than one candidate, make them your second choice – it could make all the difference when determining the result.

All Union elections give the option for voters to express their wish that nominations for a role should be re-opened. Voting for this option is usually taken when voters do not feel as though any of the candidates offer viable or credible policies. This is why you will see R.O.N listed as a candidate.

Should RON win an election at Bristol SU either the post would not be filled or an election would be held at a time deemed suitable to gain the maximum number of voters.

Once you've placed the candidates in order of your preference, you can hit the Vote Now button.

You will be able to vote for multiple positions, so once you've made a vote for one, remember to go back and vote for the others!

Vote in the NUS Referendum

This year you can also vote in the NUS referendum on the question "Should Bristol SU be affiliated to the National Union of Students (NUS)?”. Vote online at bristolsu.org.uk/vote-nus

What's in it for me?

The people you are voting for will be representing you and your views to the university for the next year. That’s pretty important, so you might as well vote for a candidate whose policies you agree with.

All voters this year will also be eligible for 20% off in The Balloon Bar until the end of March, and will be entered into a prize draw for one of a hundred different prizes including:

10 portions of chips at the Balloon Bar

You’ve probably heard something about the elections which are taking place 10-12 March. Nominations for all the positions are now closed, and it’s time to get voting. Why should you vote? Here are 5 reasons…

It only takes 5 minutes

It’s true, it really doesn’t take long to vote. You could vote between lectures, as procrastination whilst you’re studying, or from the comfort of your own home. There’s no particular place to be as it’s done online so there’s really no excuse.

Get the candidate you want

The people you are voting for will be representing you and your views to the university for the next year. That’s pretty important, so you might as well vote for a candidate whose policies you agree with.

Everyone has someone to vote for

Whether you’re interested in the sabbatical officer who lead the union, or who represents your course, we’ll be electing hundreds of students. At least one of the positions will directly affect you so even if you only vote for that one role, it’s worth doing.

Once you’ve voted for all positions you can we’ll stop emailing you about it. Simple.

Your vote will make a difference

These reps are usually only in post for just one year. That means that they can only focus on a few key things. You want to make sure that the reps who are voted in are the ones who are going to focus on the issues that are most important to you. It could make a big difference to your time at university. 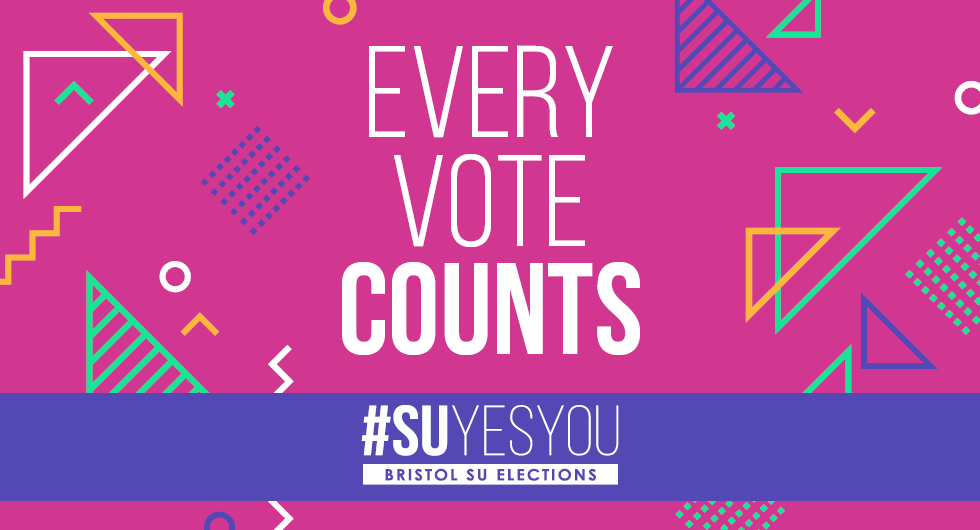