Starting on 16 March 2017, the city of Bristol will play host to one of the biggest annual sporting events in the south west: the Unite Students Varsity Series between University of the West of England (UWE) and University of Bristol.

>> Buy your Varsity tickets at www.varsityseries.com <<

The Varsity Series will see nearly 2,000 students and over 100 teams compete across dozens of sports and activities, including two events at Ashton Gate Stadium, the home of Bristol City FC and Bristol Rugby, for the series-closing Rugby Union and Football fixtures.

In the year where Bristol has been recognised as the European City of Sport, the Varsity Series brings a festival of elite competition for everyone in the city to enjoy.

For the first time, the series will launch with Ignit10n, a fundraising event with athletes taking on endurance challenges to raise money for Above & Beyond (hospitals and hospice care in Bristol).

In the last five years the Varsity Series has raised in excess of £50,000 for local charities and each Students’ Union.

This year’s Varsity Series will also be the first run in association with Bristol-headquartered Unite Students, the UK’s largest student accommodation provider, who are the main sponsor of the event. 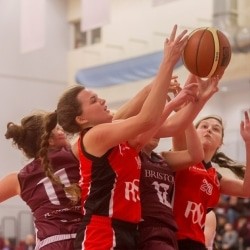 Serena Smith, VP of Sport and Health at The Students’ Union at UWE, said:

“Throughout my time at University, the Varsity Series was always the most exciting event of the year so getting to be a part of the biggest series yet has been an amazing experience.

“This year, Varsity has more prestigious venues, more events and more participants than ever. UWE Clubs have done some fantastic work and are more ready than ever to compete and challenge University of Bristol for the Varsity trophy.

“The preparations and hard work have started and our athletes are counting down the days until the Varsity launch!”

“Last year Varsity saw 5,000 students and members of the community come together to support athletes from the University of Bristol and UWE. I'm delighted to say that this year Varsity is set to be even bigger, with larger venues, more events and most importantly - more students taking part.

“I'm a firm believer that our University has some of the most remarkable, committed and generally brilliant athletes you could wish to find and I'm really excited that they have the opportunity to show off their talents and abilities on a number of stages.

“Bristol are defending champions this year, and we will be giving everything we've got to hold on to that trophy!”

“We are really pleased to be involved in this great programme of events that has the potential to bring students and members of the community together, while raising funds for some really important causes.” 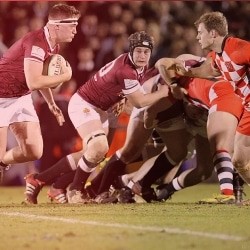 A brief history of the UWE vs. Bristol Varsity Series

The series began in 1995, when Bristol first challenged UWE to a Boat Race in the Bristol Docks. Since then, Varsity has grown to include nearly 2,000 athletes in over 100 teams.

This year’s Varsity Series will see the return of old showpieces; The Boat Race, rugby union, football and basketball; alongside newer additions like darts, lacrosse and American football, as well as a colour run which is open to everyone of all ages.

The central Varsity Day on 29 March will see over 1,000 athletes competing in 27 sports from Athletics to Ultimate Frisbee - in what is unquestionably the South West’s biggest one day multi-sport event.

>> Buy your Varsity tickets at www.varsityseries.com <<